Singapore is a mixed pan of both history and modernity. Along with rich cultural history, Singapore graces a religious touch through the various divine monuments build which bears tremendous significance. One of such temples is the Buddha Tooth Relic Temple. The Buddha temple Singapore also has a museum attached to it which today has become one of the most popular tourist destinations. Often listed as one of the most photogenic attractions in and around the island due to its prime location in Chinatown, it has gained popularity among tourist all around the world.

The famous Buddha Tooth Relic Temple was built as a veneration place of worship of a tooth and is often known as one of the best places to visit for divinity. The tooth was by the Venerable Cakkapala while he was on a mission to restore a collapsed stupa in Burma, now Myanmar in 1980. On the discovery of the tooth in a solid gold stupa, his assistants placed it in the Bandula Monastery. It was in 2002 that the Venerable Cakkapala on an exhibition brought the relic to Singapore to celebrate the Golden Pagoda Temple’s anniversary. Over 300,000 visitors who came to adore and worship the religious symbol, lead the Venerable Cakkapala to bestow the tooth relic to the Venerable Shi Fa Zhao. A monastery worthy of the remnant was built to worship for Buddhists to quickly view and show their respects to it. Thus The Tang-styled Chinese Buddhist temple, the Buddha Tooth Relic Temple was built in 2007 and has gained popularity since then both regarding endearment and enlightenment.

The temple’s interiors are lavish in décor, and the large displays on Buddhist art and history signify numerous stories of culture which span over hundreds of years. The tooth relic temple symbolizes the Buddhist culture which represents the universe. The museum also known as the Buddhist Culture Museum is situated on the third floor. Esteemed artifacts of the Buddha, including relics of his body, can be found here.
A giant stupa weighing almost 3500 kilograms is where the Buddha Tooth Relic is placed. The temple made of nearly 320 kilograms of gold which has 234 kilograms donated by worshippers. One can view it from the public viewing are whereas only monks have access to the relic chamber. The Buddha prayer wheel on the roof garden offers the perfect tranquil hideaway from the hustle bustle of the busy Chinatown.
The temple Is also famous because since its inception as many worshippers believed to have found some insights into different forms of truth, wisdom and sincere compassion. The legacy of Buddha’s teachings through different workshops has helped many devotees feel the divine presence and has helped them spiritually. The Buddha tooth relic temple is a great example where devotees believe that finding religious purpose is not as difficult as one might imagine. Though many may not achieve it since its work, the Universal wisdom hall, the many workshops catalyze severe thoughts into people to realize the strength of divinity in the sacred temple. Thus, making it one of the best places to visit for divinity.
Through the ‘Discovering Buddhism’ workshop travelers around the world have gained perspective into Buddhism and his teachings through various interactive workshops led by the temple’s resident monks and volunteers. The Buddha tooth relic temple is of exceptional importance. Every devotee realizes the mandate, the mission they have on planet Earth. One part of it to be of help and service to fellow human beings. The religious teachings shared at the temple helps devotees have inexplicable passion and zest and compassion for life and people.

The Sacred temple allows the opportunity to realize that the divine purpose is within each devotee. The temple in the middle of the busy Chinatown serves as an excellent example to find tranquillity and accept the presence of mind and body. The teachings and chants also help discovers what powers people and make them aware. The tremendous amount of donations and voluntary services offered to signify this. The temple allows for a sacred place to practice promises guidance, peace, harmony. Through the tranquillity, people find their divine self with an illuminating light empowering with higher knowledge. Believers here at the sacred space have claimed to feel stronger to turn away from the distractions that emanate from the physical world. Spending time here at the temple has helped devotees restore self in the divine light and love and realize eternal bliss. Ideal for people who are looking to explore their divine self and fulfill their quest for inner peace. Through continuous meditation and chanting, worshippers have been enabled to find the higher path as it helps repel illusions, various desires, and worldly attachments that keep them trapped in lower vibration and on a lesser track.

Spending qualitative time here at the Buddha Tooth relic temple, devotees have supposedly gained a more exceptional ability to take cognizance of the limiting, disharmonious, and restricting energies and forms. The temple has several elements that make it one of the best places to visit for divinity.
There is no charge/free of cost to enter the temple. There are weekly-guided tours arranged and conducted free of charge by the volunteers who donate their time as temple guides, Each of these tours may last for around 2 hours. The temple guides instruct you as and when you move up the building, through various levels and halls of the Buddha Tooth Relic Temple. The Buddha Tooth relic temple has a Museum which is covered as well and includes the handcrafted Bodhisattva artworks exhibited on display in the Universal Wisdom Hall, and the hundred Buddha statues are seated in the Hundred Dragons Hall.
The temple’s rich designed interiors and equally designed exteriors that include comprehensive exhibits on Buddhist art and history give you glimpses of the rich cultural history that is over a centuries old. One of the best places to visit for divinity that you should not miss out during your trip to Singapore. 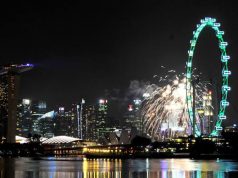 Attractions
Singapore Souvenirs that every tourist should consider to bring home 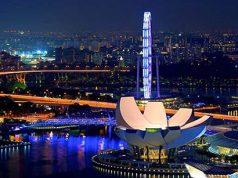 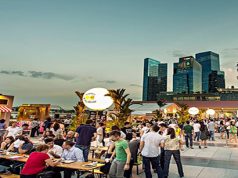 Attractions
Singapore Food Festival: Things you should know before taking a trip
NO COMMENTS 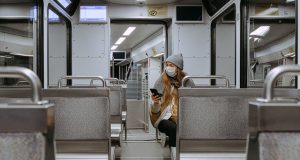 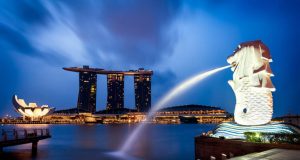